Home » Are Antidepressants Addictive?
Back to Course 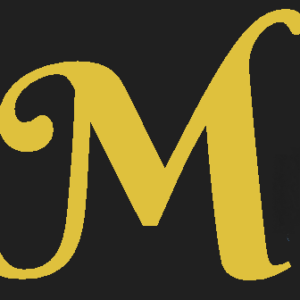 When drugs are addictive, people develop a craving for them if they stop taking them suddenly. They also find the need to increase the dose to maintain the same effect and use the drug to get high. Drug companies and some doctors have often said that antidepressants are not addictive, because they have alleged that none of these things happen with antidepressants. However, after taking them for some time, some people do become ‘tolerant’ to antidepressants and report needing to take higher doses to achieve the same effect.

Although antidepressants don’t usually produce the sort of ‘buzz’ that results in cravings, some of them are used as street drugs, indicating that they do have the potential to have this effect. People can get a slight high from the stimulant effect of the monoamine oxidase inhibitor (MAOI) antidepressant tranylcypromine. A few people take larger doses than prescribed in order to keep getting the mild high. This is dangerous because tranylcypromine (see lesson on Monoamine-Oxidase Inhibitors (MAOIs)) can be very poisonous when people take more than the prescribed dose; also, because there is a greater risk of adverse interactions with other drugs or substances in food. There is a risk of dependency with all MAOIs. (This means that people are likely to experience side effects upon withdrawal.)

A tolerance to one of the tricyclic antidepressants, amoxapine, has been reported, possibly caused by a mild stimulant or ‘high’ effect (see lesson on Tricyclic Antidepressants). Taking amoxapine may therefore carry a particular risk of physical dependency. It’s also important to be aware that any drug can become a psychological habit.

The difficulties many people have coming off tricyclics and, especially, SSRIs have been well publicised in recent years. When withdrawal symptoms are severe, they may prevent people from going out and leading a normal life and are particularly dangerous with activities like driving.

In a very useful summary of the whole issue of ‘addiction to’ or ‘dependence on’ antidepressant drugs, the American Psychiatrist, Joseph Glenmullen, has written,

“Not all patients who develop withdrawal symptoms become addicted, or dependent. Addiction occurs when patients suffer such intolerable or incapacitating withdrawal symptoms that they are forced to restart the drugs, put the dose back up, or taper them off more slowly. Patients are then dependent on antidepressants for as long as it takes to wean off the drugs. Dependence and addiction are the same things: dependence being the technical medical term used by doctors and addiction the plain English term used by patients.”

He defines ‘withdrawal’ as ‘the process of stopping or tapering off antidepressants and the characteristic symptoms that can develop as a result.